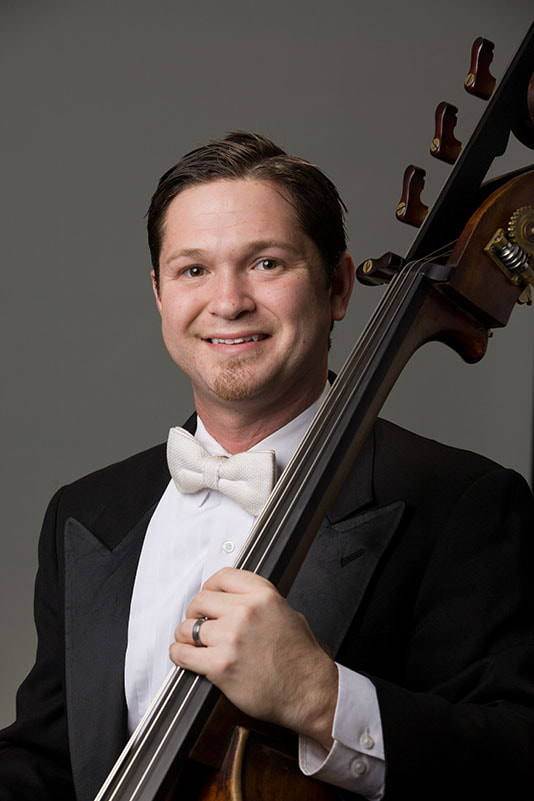 Mr. Gabriel Katz has degrees in both music performance and music education. He worked as a professional musician in full-time orchestras in South Africa, China, Macau, Singapore, and all over the United States. While performing he also taught abroad at the Xinghai Conservatory of Music in China. His private teachers include: Hal Robinson (Principal Bass of the Philadelphia Orchestra), Tim Cobb (Principal Bass of the New York Philharmonic) and Jeff Turner (Principal Bass of the Pittsburgh Symphony).

He holds a Bachelors degree in double bass performance from the State University of New York at Purchase College, a Masters degree in double bass performance from Carnegie Mellon University, and Post Graduate diploma in Orchestral Performance from the Manhattan School of Music. He has held fellowships as Principal Bass of the National Repertory Orchestra (Breckenridge, CO), Pacific Music Festival (Sapporo, Japan), Music Academy of the West (Santa Barbara, CA), and toured Asia, Europe, Mexico and South America with the Verbier Festival Orchestra.

Mr. Katz earned a Post Baccalaureate Music Education Teaching Certification at Duquesne University in Pittsburgh, PA. During that time he was Contributing Faculty as Bass Professor at Dickinson College, a cutting edge liberal arts school in central Pennsylvania. He began his public school teaching career in Texas at Cypress Ranch High School in Cypress Fairbanks ISD as an Assistant Orchestra Director where he worked from 2014-2016.

Most recently Mr. Katz has performed with the Austin Symphony Orchestra, Louisiana Philharmonic, Artosphere Festival Orchestra and other Regional Texas Orchestras. He is also a bass clinician, guest clinician and conductor in and around Texas. He currently holds the Assistant Principal Bass chair with the Symphony of Southeast Texas in Beaumont.

Mr. Katz, enjoys enjoys working with the students and parents at MRHS! In addition, he loves living in the Katy Community. His wife Dr. Tiffany Katz is a Regional Medical Scientific Director for Urology in the Oncology division for Merck and they have three young children - Maya, Jonah and Rocco. ​They also have a cat Kyser and two dogs Julius & Oliver.

Be Purple, Be Proud, it's the Maverick Way!
​